And here's another tidbit: the homeopathic remedy that I'm taking is meant to work on my whole system, not just migraines. A few weeks after I began taking the remedy, my chronic eczema started to clear up and is now completely gone. This cannot be due to the placebo effect, because I was only thinking about my migraines, since they were the most difficult symptom to live with. I was astonished when the eczema started to clear. The steroids the doctors prescribed only made it worse due to the rebound effect. I am a very logic-minded, critically thinking individual.

I worked as a scientist for many years. Unfortunately, it took years of suffering before I went to a homeopathic doctor. I am not superstitious or foolish or easily led down blind alleys. It may be hard to understand why it works, but it does, and it is a heck of a lot less harmful than what many MDs are doing.

It's only a waste of money if it doesn't work. The fact is, we need both--the "traditional" system and the alternatives--but our society is so weighted toward our MD-centric system, and people who attack legitimate forms of healing like homeopathy only serve to make it more so. Our system is great for emergencies but not so good when it comes to preventive or non-emergency care. The sooner we accept that, and help people toward healing not drugs for every symptom , the better off we'll all be.

Posted by ChrisKM on Thank you Steven! I also say don't go to a homeopath, a chiropractor, or an acupuncturist for acute trauma or a life threatening situation. If there are dishonest practitioners in the above fields, there are also dishonest traditional medical practitioners. I have never been treated by a homeopath, but as I previously mentioned, I am a patient of a chiropractor and an acupuncturist who treats a minor ailment that I have with herbs which are very effective. I also have my traditional primary doctor. I go to whichever practitioner takes care of whatever particular medical problems I may have.

I would like to see a system where we would have medical networks where all of these medical professionals work together. I believe that in order for one to become a traditional doctor, that he or she must have some knowledge of the various alternative forms of medical care. Before I ever visited a chiropractor, I once asked a former traditional doctor his opinion about seeing a chiropractor for my back problem.

The doctor replied in a very stern manner "When you have a problem with your back, you don't go to a chiropractor, you come to me! And if I can't help you, I'll send you to an orthopedic. Under a system that I just mentioned, in many cases one's regular traditional doctor would have to refer their patients to one or any of the alternative practitioners that I mentioned at first, before giving drugs or performing invasive and expensive surgery.

Note, that I didn't say in ALL cases. When I tell my current regular primary doctor that I'm being treated by a chiropractor and an acupuncturist, he says that as long as the treatments that I get work that it's fine with him. Well, I've been reading In These Times online for a while and haven't commented on anything yet, but as the son of a practicing and teaching homeopath, I thought I would give some opinions on this piece. They are not surgeons nor do they think homeopathic treatement can replace surgery or other sorts of necessary major interventions into the body. The idea that homeopaths would reject Western treatement for a broken bone is absolutely absurd.

That said, I personally think, from experience, that homeopathy can have an enormous positive effect on recovery from acute injuries, as well as with chronic illness. The main difference between homeopathy and Western medicine is that homeopathy seeks to be curative where as western medicine mostly restricts itself to symptom management. To ignore the contentiousness of immunization for a simplistic denouncement of homeopathy is again disigenous, but I won't get into all of that.

From Wikipedia, the free encyclopedia

Finally, I'll quickly attest to my own good experience with homeopathy. I've never taken anti-biotics and recieved only one immunization in my life for tetanus. Around a year ago I developed an acute infection that, if it didn't get better quickly, would require hospitalization and surgery. I got a prescription filled for anti-biotics and, with my father, decided that I would begin taking them if the infection didn't improve with homeopathic treatment within four days.

My dad began treating me, giving me what are generally known as constitutional remedies and other various ones often connected to infections but none were working and by the third day I was in extreme pain and decided that the next day I would start Western treatement.

At around three in the morning my dad woke me up and told me he had had an epiphany while he was sleeping and gave me a new remedy. When I woke up the next morning, the infection had started draining and by the next day I was back at school.

Oh no, there's been an error

If it was only a placebo effect, wouldn't the first remedy have had the same effect as the last? Of course, this is only one person's anecdote I have plenty more and doesn't prove anything, but at the same time try not to be totally beholden to the dominant paradigm of health and healing. Posted by Steven on Just to respond to some comments, because that's what anyone who ventures an opnion should do: 1. Wolf is right about our superstitions, but that is precisely what science and the Enlightenment was made to counteract, which we owe so much our relative health and prosperity to.


Otherwsie we'd still be reading chicken entrails for our medicine. Hope is actually way over-rated, as Barbara Ehrenreich pointed out in a great essay about her battle against breast cance rand the "hope industry. Why let all those billions go to nonsense without comment? Why not tell people to grow up, find some evidence for their beliefs, and start to challenge their precious slef-divined "truths"?

There may some some little newt potions that worked in the past, that got the babies to sleep, but I be worried as hell about anything I was rubbing on my little infants' gums.

Intellectual Terror – Or, the Shredding of Reputations

Western science offers you the possibility that the stuff has been studied, has been critically examined. Th problem is that we still are so afraid of being held accountable for a responsible system of regulation, that we leave the FDA toothless against the GNC juggernaut. I agree with Waltr that Big Pharma is odious, but the answer is not going way backward to homeopathy. American women tend to be suspicious of Big Medicine, and so have wasted so much of our ill-earned shekels on supplements and rubbings of newt. We need to get serious, because these are billions we are talking about, because people get away with hope and hopeful nonsense because they do not see the government as able to be trusted with regulation.

In the end, countless peopl suffer, countless advantages go wasted, and their defenders get to cite bogus "studies. Thanks to the good folks who responded. I certainly am no doctor, and am humble about my lack of scientific knowledge, but perhaps I am more aware of our human capacity for self-delusion?

Posted by notabilia on Christians have faith healing, i guess others have their own "techniques" such as homeopathy. Both are equally effective spilling goats blood under the full moon is also just as effective. But to be fair, we asre a superstitious species. And hope is very oftern better than nothing. Just don't give up real medicine for hope. Posted by wolf on I lived in a small community where many octogenarians had practiced homeopathy throughout their lives and woulsdstake their reputations proclaiming its effectiveness.

I am allergic to bees and wasps. I would never use the bee sting remedy if I got stung, instead I have a kit with a shot of epinephrine standing by. However, at one point I had two babies teething at the same time. A neighbor brought me, "Rescue Remedy" and suggested I rub it on their gums.

I read the info which claimed it had 1 millionth part of something, This was many yeaars ago and I can't remember what the something was. The solution tasted like water so I rubbed some on their gums and it worked! They stopped crying and went to sleep. I, also, got a good nights sleep. I still am not a firm believer in homeopathy but the "Rescue Remedy" worked throughout the rest of their teething.

It only helped them sleep when they were supposed to sleep, unlike the paregoric, which contained opium, that my mother used on us which knocked us out eveery time! I do not know how or why it worked. I never found another homeopathic remedy that worked for us, but I swear by, Rescue Remedy" for teething!

Does homeopathy work? – A guest contribution by Abhijit Chanda (berationable.com)

Posted by gglodoe msn. With all due respect to Ms. 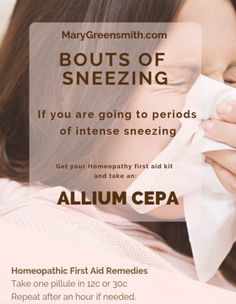 Allen, if she had checked her facts she could not have written this article.